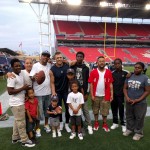 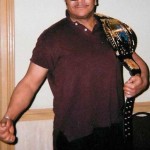 The 2016 Fan Experience will be held on Friday April 8 2016 between 4:30 pm – 6:30 pm at Alexandra Park Community Centre. Schedule will be announced soon. The 2015 ISFFE Fan Experience gave attendees an opportunity to meet with sports people and take part in interactive events. The event was affiliated with the Toronto 2015 Pan […]
Read More »

Toronto photographer, Roger Baker has been capturing sports activities on film for several decades. An exhibit of some of his photos was shown at the 2015 ISFFE , covering boxing and wrestling from the 1950s and 1960s including photos of the ‘The Greatest’ himself, Muhammad Ali. The Exhibit was held at the AGO, Jackman Hall Theatre on April 25, 2015. George Chuvalo, heavyweight boxing […]
Read More »
Older Entries »