The Festival is a non-profit event being organised in collaboration with non-profit community partners and government agencies in Toronto.

Aaron has been involved in the media industry since the age of 13. His career covers a myriad of positions and departments: documentarian, acquisitions, distribution, on-line marketing and promotion of content, on-air Host/Producer and writer for Television, Radio, Music, Film and the Internet covering politics and social issues. This experience was applied in the teaching arena as Aaron served as co-op. instructor where he was  supervising producer and assistant studio head at the Rogers Youth Studio. During this period, he created and taught media literacy workshops to junior high school students.  Aaron has a B.A. in Radio & TV from Ryerson University and an MA in Cinema and Media Studies from York University. Aaron is currently pursuing his PhD in Humanities. See www.aaronaweiss.com

Dr. David Reiss has been a practicing US-based psychiatrist in private practice for over 25 years, specializing in “front-line” adult and adolescent psychiatry, having evaluated and treated over 10,000 persons from diverse social and cultural backgrounds, from every occupational field. He has wide clinical experience and is licensed in CA, NY, PA, CT, MA, VT, ND and WV; with offices throughout southern and central California (including San Diego, Palm Springs, Huntington Beach, Oxnard, Bakersfield and Fresno). David is a passionate sports fan and is routinely quoted in relation to the issue of CTE (Chronic traumatic encephalopathy). See http://www.dmrdynamics.com/

Donna Harrow has been referred to as the Mother Teresa of the black community in Toronto owing to her tireless work as a social justice activist and organizer. Presently, Donna serves as Executive Director of the Alexandra Park Community Centre, which offers a myriad of programs ranging from early childhood programs to after school initiatives. In 2009, she helped to revolutionize the public school system by successfully lobbying for the creation of Canada’s first publicly funded Africentric school.

Judges for the Festival

Greg Oliver has run the SLAM! Wrestling website, (slam.ca) since 1996 and was co-honoured with the James C. Melby Award alongside his frequent writing partner Steve Johnson for their work. After six books about pro wrestling, Greg has moved into the hockey world. ‘Don’t Call Me Goon’, written with Richard Kamchen, hit the shelves in 2013, and two books came out in the fall of 2014, ‘Written in Blue and White: The Toronto Maple Leafs Contracts and Historical Documents from the Collection of Allan Stitt’ and ‘The Goaltenders’ Union’. Follow him on Twitter at @gregmep and read his ‘Pucks and Piledrivers’ blog at blogs.canoe.ca/gregoliver 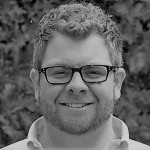 eremy Shell, MBA is a Toronto based film and television producer with a passion for character and storytelling. Shell has produced feature films in a variety of genres, including: Tapped Out, The Scarehouse, The Sheik, and Sweet Daddy Siki. Jeremy has worked on a wide variety of Canadian film and television projects, specializing in project planning, tax credit administration, and financial structuring. Shell works with marketing agency BIG Digital to bring cutting edge media programs to agencies and brands.